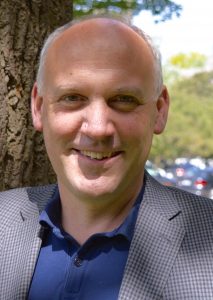 His research is focused towards understanding how alterations in the fetal environment can affect developmental trajectories leading to permanent modification of neurologic and endocrine function. His recent research has established that the effects of such environmental manipulation can extend across multiple generations. With a focus on epigenetics, his research team is determining the molecular mechanisms by which such ‘programming’ can occur. In a parallel program of study, his group is investigating drug and hormone transport mechanisms in the placenta and fetal brain, with a focus on identifying the impact of infection (including Zika, malaria) and on developing novel treatments that modulate drug transport at these two sites.

Professor Matthews is committed to translating fundamental research. He was founding co-director of the MAVAN program, which follows neurocognitive development in children following adverse early experience, and continues to be involved in a number of large international  trials. Indeed, he is now co-leading a landmark study in India (HeLTI) to investigate the impact of preconception, pregnancy, and child interventions on improving child health outcomes. He has published over 200 scientific papers and chapters, is regularly invited to present his work around the world and is involved in a number of international research initiatives.

Member of Council: International Society of Developmental Origins of Health and Disease (DOHaD)